A traditional British Brass Band calls for a very specific combination of brass instruments, along with a percussion section. Unlike traditional wind bands, which use trumpets and French horns, the Brass Band makes use of cornets and E-flat tenor horns for these voices. The design of all the instruments in the brass band can be simplified to say that they are all different sizes of essentially the same conical-bore instrument (with the obvious exception of the trombone).

This homogeneity allows for a rich and balanced sound that cannot be duplicated in other ensembles.  Interestingly, part of the Brass Band tradition calls for all of the music parts to be written in the treble clef, from soprano cornet all the way down to tuba! The only exception to this is the bass trombone, which is still written in the bass clef.

One of the main reasons for the very specific instrumentation of a Brass Band is the very strong and popular tradition of contesting and competition. In a Brass Band contest, only the set number of players are allowed on stage.  Contest types vary across not only Britain, but the world.  Competition serves not only as a yardstick to measure an ensemble’s quality and progress, but also as strong motivation for the musicians to improve as individuals and stay at the top of their game.  In these competitions, Brass Bands are ranked based on performances in previous contests and classified into what are called sections:  Open, Third, Second, First, and Championship sections compete against other bands at their level.

In the lower sections, as bands continue to develop, the traditional March & Hymn contest holds a priority, as it allows groups to choose their own pieces and work on achieving the fundamental sound of a brass band.

The top contests often require all of the bands (anywhere from 12-25 competing groups at a time) to play the same “set piece” or “test piece” of music, in order to create a more level playing field for comparison.

The other high-profile contest format is the entertainment contest, in which bands are rewarded for fine playing, strong soloists, and innovative performances. 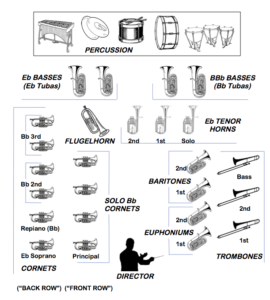 One of the top Youth Brass Bands in Britain has a great description of each instrument section on their website as well:  Youth Brass 2000 - What is a Brass Band? 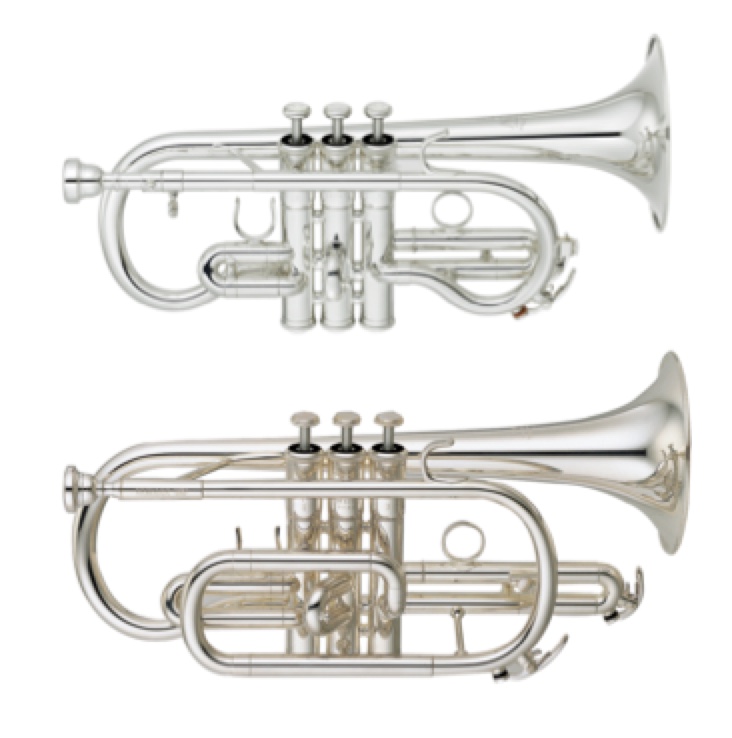 Soprano and Bb Cornets – Trumpet players can easily switch to the Cornet. The Soprano Cornet is the top voice of the brass band. The Soprano Cornet should be treated somewhat like a piccolo is treated in a wind band; The prevalent sound should be sweet and light, floating on top of the ensemble. Only occasionally, when voiced to add brilliance in unison or octave to the ff solo cornet sound, should the soprano
be bright and edgy.Students may audition for Solo Cornet or Soprano Cornet.  The Bb cornets are subdivided into the front row and back row.  The front row, or solo cornets, often provided melodic lines or play very technical passages.  The back row (repiano, 2nd and 3rd cornets) provided harmonies and support to the front row. 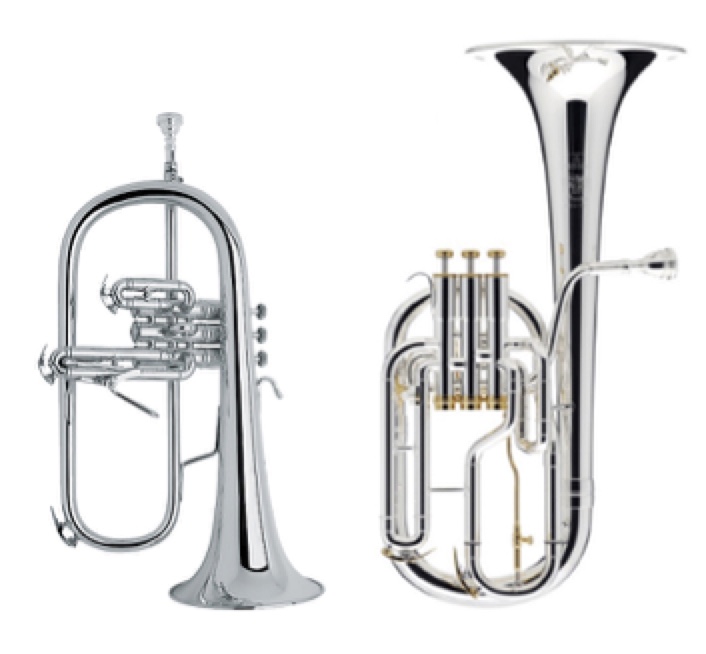 Flugelhorn – Trumpet players can easily switch to the Flugelhorn. The flugelhorn is the crossroads of the band,
connecting the lower band to the upper band with its range of sonorities. The flugelhorn can, and often does, provide the top voice of the tenor horn choir; It can also reinforce the cornet sound, support the back row or add body to the repiano voice. Students may audition for this part.

E-flat Tenor Horns – French Horn and Trumpet players can switch to the Tenor Horn. The tenor horn can be conceptualized as an alto cornet---the downward extension of the cornet section. The tenor horn should have clearly audible overtones and character
to its sound, not be a bland and strive only for darkness.Students may audition for Solo Horn. 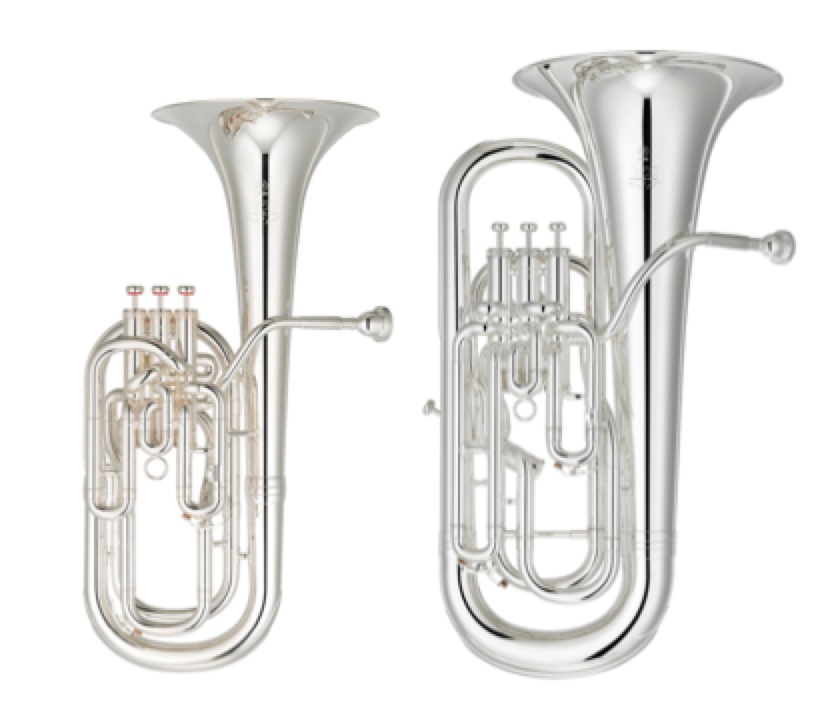 Baritones – Baritones are known as the “utility” players, much like the role the euphonium plays in a wind band. The role of this player in the band is often to be the bass voice of the horns, to add brilliance to tutti parts with the euphoniums, to add depth of sound to the trombones, or to play on their own.

Euphoniums – Euphoniums lead the right side of the band. Their sound is the “icing on the cake” to the euphonium and baritone section. This should be a leader in terms of character of sound and volume.

Euphonium and Baritone players can choose which part to play. Students may audition for Solo Euphonium and Solo Baritone. 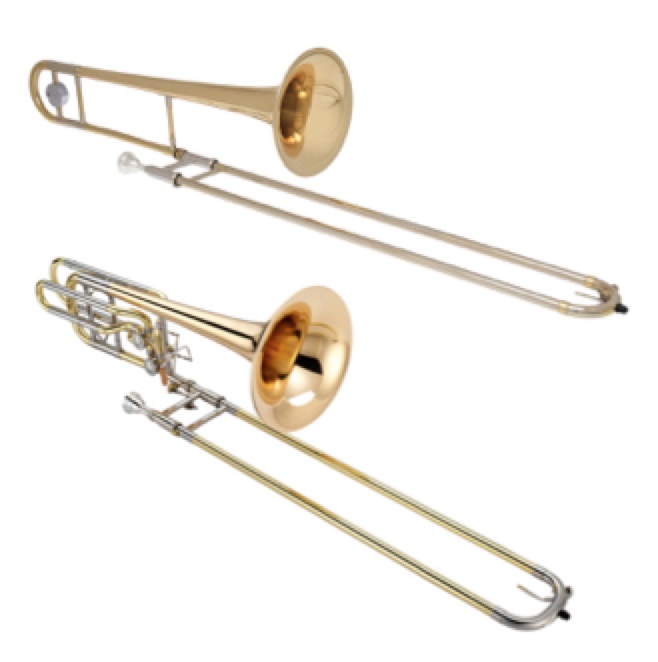 Trombones – The Trombone section of the brass band is an interesting section in that it should be treated like the “brass section” of the brass band. In other words, it should be treated like the orchestra treats their brass section. In loud passages, the trombones should come out of the texture and provide the edge and power to the overall sound. Most of the other time, the trombone section is more filler texture, or in the background.

Students may audition for 1st Trombone and Bass Trombone. 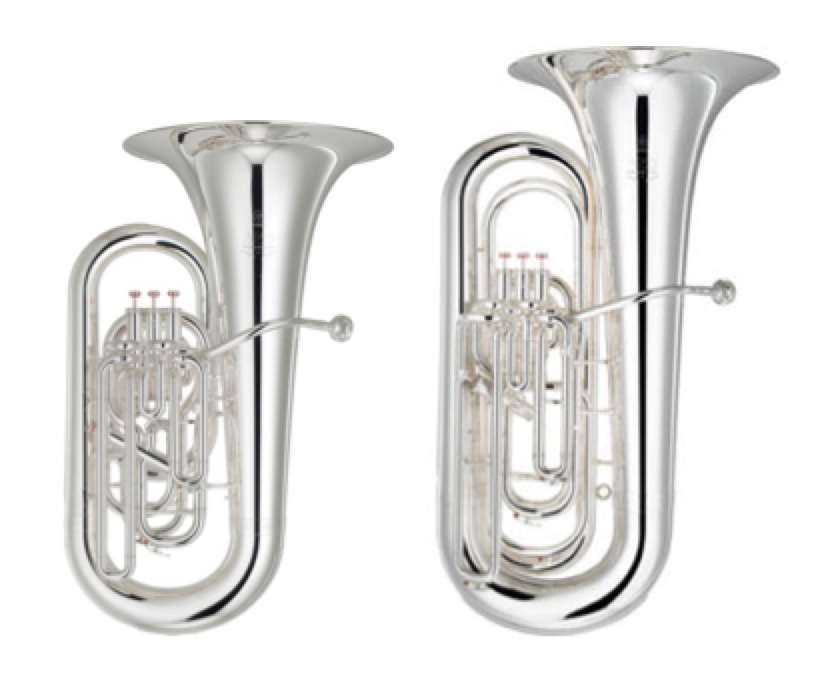 Tuba students can choose to play either part. Note: A tuba pitched specifically in E-flat or B-flat is not required. 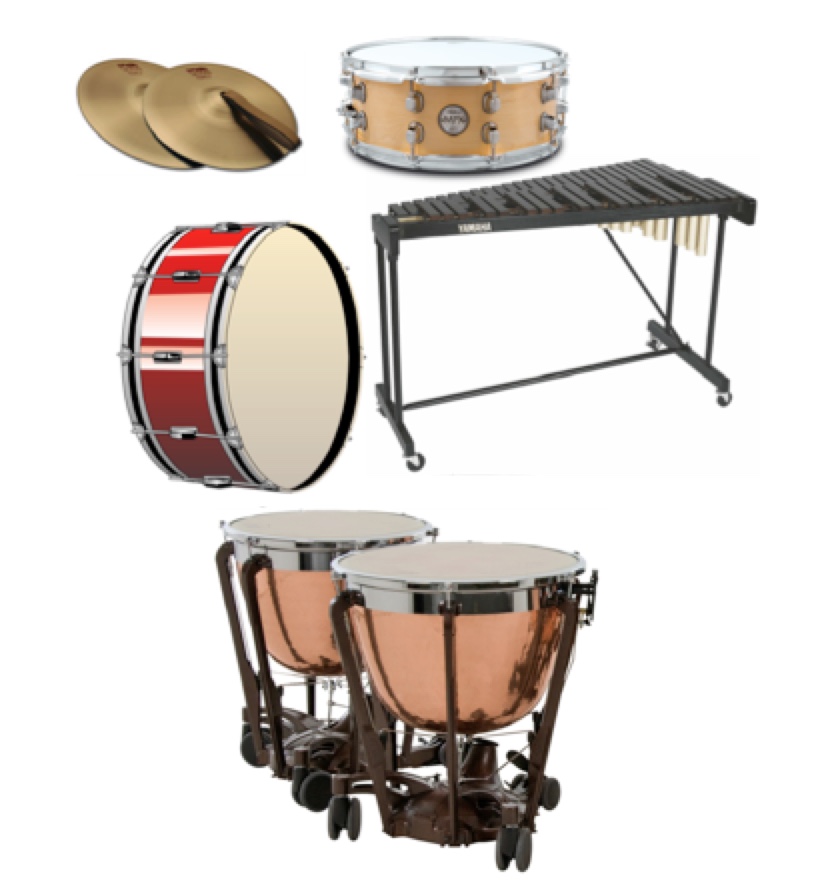 Percussion – The percussion section plays essentially the same role as in the orchestra or wind band, with this important difference. Since the highest-pitched instrument in the ensemble is the soprano cornet, some brass band composers and arrangers rely on the mallet instruments to provide the top two octaves of color and shimmer.

Percussion students will rotate parts around the section.